Lucie Duclos lives on Vancouver Island in the Pacific Northwest. She grew up speaking French in Montreal, Canada then moved to the California Bay Area and worked as a graphic designer and illustrator in packaging design and for fashion and home décor magazines. She also designed her own line of children’s clothing named “Zookini”. Her dream was always to move to the Pacific Northwest because she loves taking ferries and being surrounded by islands and water and snow capped mountains. Lucie is also a surface pattern designer and a mixed media artist. She works with a lot of different mediums and techniques from pen and ink to watercolor, monoprints, encaustics, collage, acrylics and bookmaking. Lucie also teaches mixed media classes on skillshare.

Mélina Lamoureux grew up in the French culture of Montreal, Canada, but decided one day to pack her bags and set sail to explore the world. A couple countries later, and with a newfound love of the ocean, she returned to Canada with a surfboard in hand, this time settling down in the small coastal town of Ucluelet, British Columbia on Vancouver Island. Since life doesn’t always go according to plan, Mélina’s mantras are to ‘feel the good vibes’ and ‘always go with the flow’! This has led her to touch bit of everything as a graphic artist: Photography, Graphic Design and Visual Content and her most recent project, Sea Sparkle, hand-drawn collections of metallic temporary tattoos with a West Coast feel. This coloring book was an opportunity for her to reconnect with the simplicity of childhood, drawing endlessly, without rules and leaving everything to the imagination. 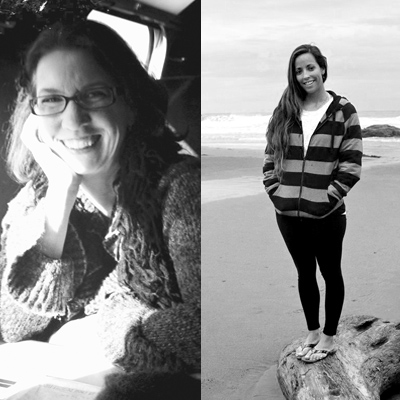 Meet our illustrators from the Pacific Northwest! Lucie and Melina! Read More